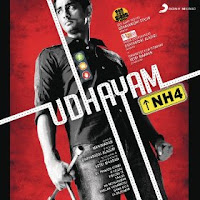 Udhayam  NH4, the tamil flick of action genre was released yesterday. The movie stars Siddharth and Ashritha Shetty with the script penned by award-winning director Vettrimaran.

Kids from Chennai opt Banglore for their UG as they’d like to relish and savour each moment of their youthfulness staying high late night, even better all night.

But in college, protagonist Prabhu (Sidharth) gets to know Krithika (Ashritha) a powerful politician’s daughter. Though they get on with a rough start, they end up falling for each other. As usual when the father finds out he turns antagonist and sends Kay Manoj Menon (Kay Kay Menon) for rescuing her back and of course this needs to be off the hook.

The rest of the plot deals with how the lovers unite despite being chased off by henchmen and a cop. 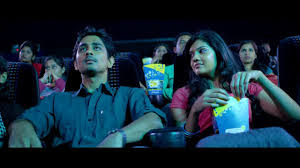 The lyrics of ‘Yaroo Ivan’ and the aesthetic music are luring. The way the story unfolds from each one’s perspective looks brilliant from editor’s perspective. Timed comedies have given hand throughout the first half and in second half comes a sincere police officer who comes to rescue the humour.

Attention to details seems to be missing and it evokes a suspicious sensation among the audience, “is this really happening!”. The only place where the movie sounds Tamil are while the songs are played and the two leads romance. After the first half, you will be waiting and eager to walk out of cinemas, let alone the movie to end.

The movie is being released in Tamil and Telugu the same time.