A good day to Die Hard 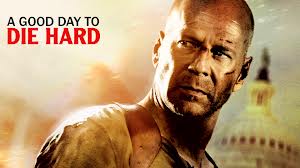 A Good Day to Die Hard – the fifth instalment in the franchise, this time in Russia and something more; this time father and son duo shake you up with awe-stricken stunt sequences. Written by Skip Woods and directed by John Moore, the series has its  branded lead cast Bruce Willis donning the role of John McClane, Jai Courtney as Jack McClane, Mary Elizabeth as Lucy McClane and Yuliya Snigir as Irina.

Victor Chargarin, a corrupt politician having hostage of the political prisoner Yuri Komarov offers Yuri a deal of his life in exchange for a file which has the details of his mistakes from the past dating to Chernobyl incidents. 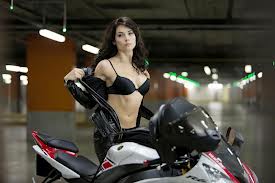 The other side, CIA acquiring bits and pieces of information, sends in Jack McClane to a rescue mission where his objective is to play alongside Yuri in the courthouse, acquire the location of the files, flee from  Russia and to United States. Well, all that sounds well doesn’t end well. The unexpected happens, though he manages to escape the courtroom with Yuri he gets delayed by his father John McClane (Bruce Willis) over an emoting father-and-son chit chat. Plans get foiled, the trio is on run while Chargarin’s henchmen try to kill father-and-son duo and try to take hostage of Yuri which they succeed after a while. The due team up again and are on run to Chernobyl where the movie culminates with some astounding findings. 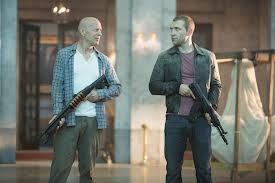 The Bad Guy: Do you know what I hate about the Americans? … Everything, especially the cowboys!

Jack McClane: Someone’s got to stop him.
John McClane: Well, that’s what we do.

John McClane: The shit we do for our kids! Yippee Ki Yay.

Jack McClane: Do you go looking for the trouble or the trouble finds you?
John McClane: You know, after all these years I still ask myself that question.

The car chase from the courthouse is mind-blowing, if you are watching you can’t afford to blink for you might miss an awesome stunt doing so. There are formidable quotes where father and son duo are aloof yet elicit pity.

How does CIA know that the courthouse is going to be attacked by Ghargarin’s men? The least formidable is when Yuri gets shot in his arm at CIA’s safe house and the very scene he looks alright and there is no trace of a wound!

Of all it’s hard to believe that Jack is an CIA agent for he takes orders from his dad and he never even attempts to contact any of his CIA superiors.

Bruce Willis has hunched that he desires to be part of the sixth installment of Die Hard franchise before shelving the character.