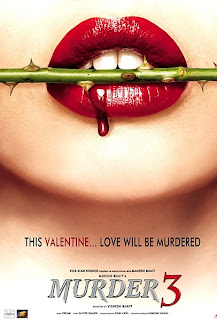 This is the story of a wildlife photographer and his mysteriously missing girlfriend  and the new girl friend who moves in to fit into his ex-girlfriend’s shoes in a scary palatial house far outside the city which has secrets of its own.

Vikram(Randeep) falls in love with Nisha, a waitress from a lounge; later they move in together and on their first day, cops arrive for an enquiry shedding light to Nisha that Vikram’s ex-girlfriend Roshini (Aditi Rao) has gone missing. Nisha starts suspecting Vikram but trusting her instincts that he’s innocent stays back at his house. But day on day she finds the house annoying and soon suspects the presence of ghost. Vikram persuades her there isn’t any, but as the movie steps into second half there lies the answer to the mystic mysteries. 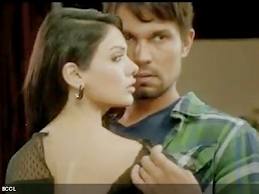 Though it is portrayed as a horror, thriller and suspense its nothing more than love, affair and betrayal.

Lekhin insaan kisi jagah se dartha hai, vaha hi jawab miltha hai <<The place you fear the most is where you find what you look for>>

Songs and its circumstances are mediocre and at times makes no sense. The first one hour of the movie tempts you to walk out of the premises. Plot is fumbled with misconceptions and with mere mind of taking it forward the makers have forgotten “how is it possible?”. Say for instance, when it’s unrevealed that Roshini was alive all along, what makes it hard to believe is – how come she’s hale and healthy without any food or water? And the funny fact is when she’s locked within, how come she passes funny comments on Vikram and Nisha’s encounters. Actually what’s funny is the serious dialogue delivery at the most unimagined circumstances, here is a keeper – At one point of the movie Vikram says “I don’t like surprises“. I went like “What the heck”!

The prequels of this franchise were brazen copies of movies, but Murder 3 is the official remake of a Spanish Movie – The hidden face (La Cara Oculta). Emraan Hashmi who was the lead of this franchise was let go by the producers who’ve chosen Randeep Hooda, unsure if he will continue in Murder 4!