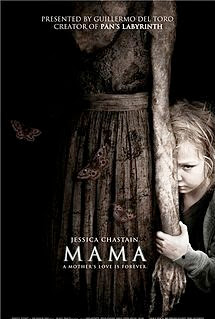 Chennai, Feb 10 (): Mama is an emotional horror that gives a shrill and makes you shed a tear the same time. Starring Jessica Stein, and is directed by Andres Muschietti. The kids Megan and Isabelle have scored well in their roles, keeping you spellbound in scenes with mama.

Jeffrey kills his wife, takes his children and flees to an unknown place. En-route to the unknown, the car skids and ends up in an accident in a steep bend. They recover from accident and take shelter in an abandoned cottage in that deserted area. The man desires to attempt suicide, but worried about his kids’ future, he decides to take them out first. Only to end up dying at the hands of the GHOST MAMA.

The kid Victoria and infant Lilly live alongside mama for the next five years feeding on Cherries which mama brings, until one fine day when by-passers find the car handing around the steep corner. The search hunt uncovers that the girls were still alive and the kids’ nephew wants to take care of them.

Though the children were attached to no one but mama, things change as Victoria starts recognizing her nephew (Nikloj) and his girlfriend (Jessica Stein), she starts adapting back to her normal life. But Lilly was still bonded with none but mama. Mama feared of losing them starts attacking the people who try to bond with the kids. ‘Will the kids get a normal life?‘; ‘Will they reunite with their family‘; ‘will mama let them go‘ is what forms the rest of the story. Aesthetically pleasing music is an add-on to the movie.

The way the children find it hard to adapt from being alone to live with family is pictured flawless.

The mama’s love towards children is moving and as the movie culminates you forget that it’s a ghostly movie, but all that you care is will mama get to keep her kids?

Annabelle: You want to spend all your money! It’s fine with me, it’s cheaper than therapy.

Staff at a govt. building: Ghost is bent out of shape, condemned and condemned; until it rights the wrong done!

Dr: What is this?
Staff: The wrong!

Why is doctor killed but the family lives.

It’s said in the movie that the ghosts connect to our world through a portal, but it’s nowhere said how to open up portal or get there. And is nowhere explained how the portal came from nowhere in the kids’ new home.

A lot of knots are left untied, the screenplay has flash backs then and there which makes no sense at times. 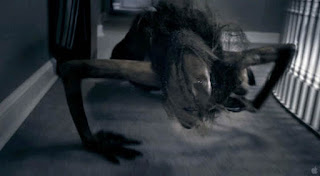 The film is based on a short of same name by Muschietti in 2008. The movie was released on January, but the plans were to screen them by October 2012.