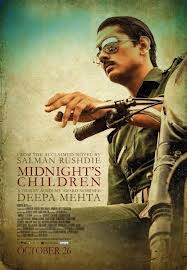 Feb 3 () : Maybe it’s a good read, but definitely not a good one to watch. The movie is an adaptation of Salman Rushdie’s book of the same name. The plot evolves before independence, lingers on independence and concludes with independence. Satya Bhabha and Shriya Saran have done justice to their roles and pep boy Siddharth has donned the bad guy role. Despite the amiable performances, the whole effort seems futile.

The talltale of midnight’s children

Two children, Saleem and Shiva born at the stroke of midnight, the night when India got its freedom, were swapped by the ward nurse which will impact their lives for the rest of the movie. The nurse does it on her revolutionary husband’s motivation “let the rich  be poor and the poor rich”.

And the other midnight’s children born across the nation the same night are gifted with special powers which are considered threat to nation which was a diplomatic phrase and in actual it meant these gifted children were a threat to the then prime minister Indira Gandhi. 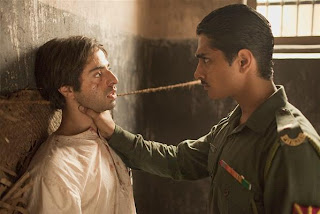 Let the rich be poor and the poor, rich!

A new name for a new beginning

A fantasy at times evokes the dreams which all of us have dreamed about in the past.

The narrator has a way of quoting. The first time to hint and the second time when it has actually happened so as for the viewers to correlate the events.

Adaptation of a book should have been only an option, instead of literally adapting the book. It’s just too much of a fantasy and fiction.

Too many characters were brought into pictures. God knows why the picture starts in 1917 instead of starting right away at 1947 or quite sometime before.

Saleem’s parents hire a nanny to take care of him, but at a point he’s thrown out of country but to our surprise when he returns all grown-up, she still sticks around the family. Unsure why?

The artists weren’t fully utilized, Soha Ali khan’s role looks like a cameo despite all her potential.

Salman Rushdie was about to visit Kolkata as part of the promotion campaign but his trip was cancelled for undisclosed reasons. It’s rumoured that this might be due to political Chanakyas.