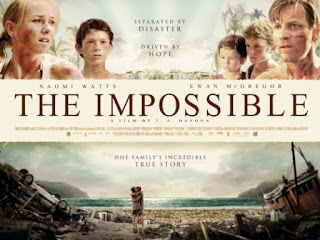 Jan 5 (): Based on a true incident, The Impossible is simply something which conveys I’m possible. The plot is about a devastating catastrophe encountered by a family and the after effects. Watts, McGregor and debutant Tom Holland have done justice for their characters. Director Juan Antonio Bayona has kept the movie at its pace.

The Disaster and after effects

Ewan McGregor, Naomi Watts and their three children – one big happy family, plans for a vacation. What was supposed to be a beautiful Christmas vacation in Thailand, turned out to be a catastrophe wrecking their lives along with a thousand others alongside. December 26th of 2004, the day which rocked the lives of thousands had struck them as well. It was something never thought about, this is not something one thinks through! However the rest of the plot unveils how the family reunites over time. 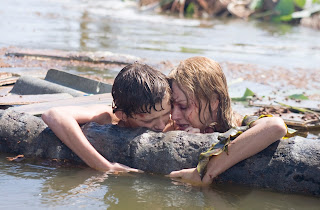 Henry: I will find them, I’ll promise you that

The movie is simply moving, by the time title cards are shown you pity Watts and McGregor for they have lived the character and have as well made you a part of the movie. 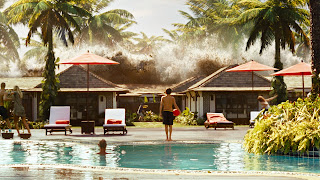 The film crew is the same from The Orphanage, however the make-up and appearances of the character, which was meant an essential in the former movie is kept a tertiary herein The Impossible!

Everyone knows how the movie is going to culminate, which kills the suspense right somewhere in the middle of the screenplay.

At times, the patience of audience is being tested with the slow pace which makes it impossible to sit and not fall asleep.

This is a true story of a Spanish family, however the nationality of the characters was disclosed in the movie.

The Impossible is the second movie for Watts and McGregor to appear on-screen together after Stay which was screened seven years back.

The Impossible – Ambushed by anguish

Vishwaroopam row : TN associations decide not to distribute films if released on DTH