Dec 31 (): With the year 2012 culminating, let’s have a look back at the Hollywood flicks of various genres which touched the hearts of millions. presents you the hand-picked, best of 2012 movies.

Lets take a tour, shall we?

10  The Hobbit: An unexpected journey

An unexpected journey is first in the series of expected trilogy and directed by Peter Jack is close to 3 hours. For those eternal minds questioning “Why a trilogy, why can’t in three hours?” we have an answer – Every great story deserves an embellishment. The main characters Gandalf, Bilbo and Gollum are starred by Ian McKellan, Martin Freeman and Andy Serkis respectively. 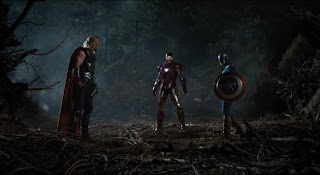 A visual treat for the MARVEL comic fans. The superheroes Captain America, Incredible Hulk, Iron Man and Thor club hands to save the world from a massacre. Director Joss Whedon has done a great job distributing equal weightage and responsibilities to the individual superheroes.

With Skyfall, Bond series rejuvenates a 50-year-old franchise. Daniel Craig is at his best as a 007 agent.

Bond’s assignment is compromised exposing all the agents. Now M has no option but relocate her agency and she has no one but Mr Bond to trust.

Abraham Lincoln takes an oath to kill vampires so he gets an opportunity to avenge his mother’s death. Day on day, taking out vampires becomes his passion and he decides to serve the nation as president during day time and vampire hunter at night! 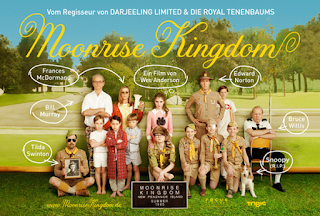 Princess Merida has to decide the fate of her kingdom and the customary chaos shed upon her dynasty. Her hope, archery skills and a bit of notoriousness leads her on a whimsical quest which breaks a spell and saves her kingdom.

We heart Richard Parker. Ang Lee’s 3-D extravaganza takes place (mostly) on a lifeboat and stars newcomer Suraj Sharma as Pi and Parker, the hungry Bengal tiger he’s forced to live with while trying to survive a shipwreck. The 3-D is integral to the movie, not just a gimmick, and our proximity to a wild animal is key. A beautiful film about faith and spirituality and tigers.

An epic trilogy brought to an astounding end. The creator, Christopher Nolan, do we even have to say about him! It’s a shame this trilogy won’t make it to the quadrilogy, but ends right here. Christian Bale dons the super-hero while he’s got two starring opposite him “Anna Hathaway” & “Marion Cotillard”, each one of them proving to be the best. The only disappointment the crew gives is that – to understand the end, you must be aware of how it all began, else in the end you walk out of cinemas with goosebumps along with unanswered questions!

In near future of post-apocalyptic events, peace is restored by an annual war between a voted teen representing his/ her district. Katniss Everdeen (Jennifer Lawrence) volunteers for this Hunger Game to save her sister. But will she be able to break the rules, outcast every single person from other districts, as only one is set to live as the game culminates!

With 2013 coming up, looking forward to more of fantasies, romances, adventurous and action packed flicks..,