Student Of The Year – Insight to the flick 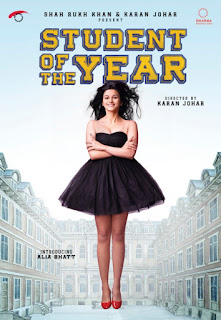 Oct 20 (): In Student of the Year (SOTY), Karan Johar takes you on a walk down your memory lane to your high school. A simple triumph for excellence which turns friends into foes is what SOTY is all about! The debutants Varun Dhawan, Siddharth Malhotra and Alia Bhatt fare well but are still amateur when it comes to acting.

Apart from trio’s love story, Johar has included his regular add ons – sentiment, emotions, humour, friendship, laughter, betrayal, enviousness, love, loss and heartbreaks. As the friends turn foes, they also get a reason to fight in the form of competition dean Yoginder (RishiKapoor) declares open – The Student Of The Year. When you’ve turned against each other, how far would you go to pull down each other to get ahead of one another? Find out yourselves at cinemas near you…

Like all of Johar’s movies you find the title shrunk to SOTY and a special appearance of his lucky star Kajol!

Alia Bhatt just reminds you of the saying – Where there is beauty there can’t be brains! If only she were blonde she’d have been a perfect fit for her role.

The witty rejoinders of Sidharth Malhotra put the audience in a series of laughter.

If Sidharth does that, Rishi Kapoor takes a step ahead and is at his best playing the gay Dean having a crush on his team coach.

The girls got everything number colliding with Alia Bhatt’s entry fills the cinemas with sounds of whistles and applause. 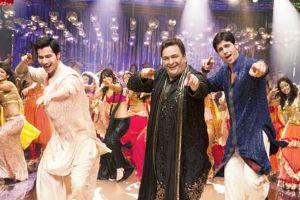 RishiKapoor: Kya main kubsoorath hoon!
<<What, am I looking beautiful?>>
RishiKapoor: Tho kyu ghoor ghhorke dek rahe ho! leave!
<<Then why are standing here and staring at me? Leave!>> 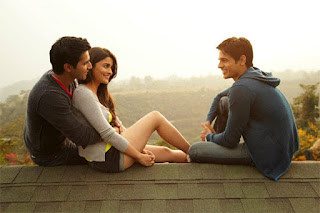 All but Alia Bhatt doesn’t fit the role of school-going kid – they don’t even look like one, not even close! They look alike at either occurrences – back then and now after 10 years!

The debutants can dance well, but it’d have been watchable if they had known acting as well.

Since when did high schools start up prom-sham?

SOTY ~ from the dusty yearbooks