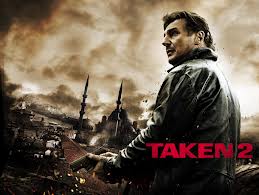 Oct 15 (): In this much awaited sequel to Taken(2008),  the director Oliver Megaton has indeed added heavy dosage just like in his name on the action packed stunts and Liam Neeson’s brilliance on figuring out everything from literally nothing. The Irish sexagenarian Liam Neeson like always, from Jedi to Batman’s mentor is still looking young in his sixties.

Taken ~ from Paris to Istanbul

In the prequel when Bryan Mill’s (Liam Neeson) daughter Kim (Grace) was kidnapped in Paris, Bryan pulls down whole of Paris along with the underground network to bring back his daughter. While doing so, he had to take away lives of few hundred and one’s father- Murad Hoxha- from that cluster is now back for revenge. And this time the plot is moved to Istanbul and revolves mostly around mosques and dim-lighted garages.

As Lenore (Janssen) is having some trouble in her relationship and she’s still got a thing for Kim’s father Brian, she accepts his invite to spend a brief vacation in Istanbul. Turns out the bad guys have plotted a trap to take revenge and this time they’ve determined to take down Mills for sure.

As and while Kim tries to rekindle her parents’ lost love, they fall into trouble by negligence and trifling around. As the bad guys fail to capture Mills, they go for the weaker – Lenore. They take her captive and the plot gets back on speedy-track from hereon. Will Neeson be able to do it ONCE AGAIN! Back in Paris he had friends to pull some strings, herein Istanbul he’s all alone, how will he do it? Is it even possible in the first place? Find out for yourselves at cinemas.

The twists and turns along with awed action sequences especially the ones where Neeson breaks through dire plots – gives no time for your eyelids to move. 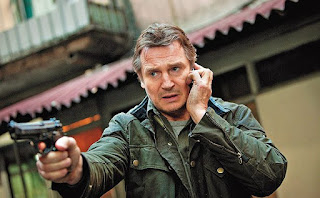 Brian Mills(Over phone to Kim): Listen to me carefully Kim. Your mother and I are going to be taken! People are going to come for you too…

Lenore: When you commit to something, you cannot focus all your energy there! Like a dog with a bone.
Brian Mills: nice analogy with dogs and bones.

Kim (In a mocking tone): Dad, don’t shoot this one, I really like him.

Is Kim really his daughter! Is she really that dumb! You can’t help but hate her for her negligence.

How come a perfectionist behave naïve letting Kim (who was revoked license TWICE) drive and specifically when the bad guys on their tails.

When you walkout of cinemas though you are satisfied you really aren’t, for there was something more in its prequel!

The producers are considering developing Taken 3. Initially there were no talks, but after looking upon the numbers, the team seems to be seriously giving it a thought states Hollywood.com