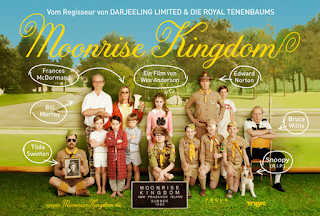 The plot evolves around New England (Island of New Penzance) in mid-sixties (1965), where a Kakhi Scout – Sam Shakusky (Jared Gilman), aged 12 flees from his scout camp to elope with Suzy Bishop (Kara Hayward). Sam and Suzy have been pen pals for an entire year after they met the previous summer in a church service.

As the teens flee, a search party is ignited from either side. Suzy’s parents on one side and Scout master Ward (Edward Norton) and police Captain Sharp (Bruce Willis) at Sam’s side for he’s an orphan. The flick follows with little adventures, eclectic eccentricities, turmoils and turtle turns. A poetic picture to be enjoyed…

Being presumptuous it can be called ‘Fantasies for lifetime – it’s artistic and ballistic, lovely and lively.’

Minor details are captured and narrated in childish manners ensuring it’s funny and witty as well. 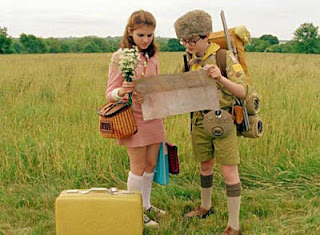 Shakusky (in his letter): Sometimes people do things, without knowing the reasons for…

Suzy’ s mom: Does it concern you that your daughter has run away?
Suzy’s Dad: That’s a loaded question!

Scout Master: One of our Scouts is missing and that’s a crisis.

Suzy’s Mum: Where’s your sister?
Suzy’s kid brother: I don’t know, but she borrowed my record player for 10 days without asking. 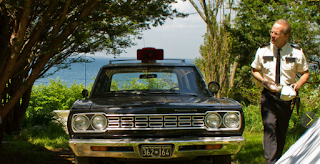 Strictly for artistic fans and movie buffs, the rest might find secluded or more like lost in a crowd!

Trying to present the screenplay with logistics, when they cross the frontier, the whole thing seems to be nerdy and patrons find it hard to digest!

On designing the maps for the fictitious New Penzance Island, director Anderson said, “It’s weird because you’d think that you could make a fake island and map it, and it would be a simple enough matter, but to make it feel like a real thing, it just always takes a lot of attention.”