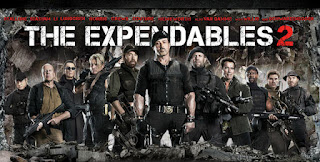 Aug 30 (): The sequel proves worthy to its prequel – The expendables (2010). It won’t be surprising if the producers declare a trilogy too. A visual treat for the die-hard action fans. This time the expendables have come up with a persuasive plot – When a simple mission turns into a stupefying crisis, the whole hell breaks loose.

The CIA Agent Churchill (Bruce Willis), calls for a favor from the expendables which they owe him from its prequel. Though Ross (Sylvester Stallone) denies it at first, ends up taking up the mission of retrieving a secured disk from a safe in an airplane shot down in Albania. Church insists they accompany Maggie (Yu Nan) for she is an technocrat when it comes to cracking a safe.

The team manages to retrieve the disk as per the plan, however it’s a known fact – everything that goes well, doesn’t end well. As expected, Billy (Liam Hemsworth) screws it up by allowing himself to get caught in the bad hands of the villain Jean and his mercenary group Sangs.

They get to a crucial point of deciding Billy’s life over the disk which they’ve recently acquired. Even after a submissive act of letting go of their disk and armours, villain stabs Billy to death and flees from there. Now it’s more than just a mission, it’s the payback period.

Ross and team discover that the Disk contains the blueprint to a location where over five tons of abandoned plutonium from the Soviet Cold war lays buried in a mine. The expendables track their way to the mine by gathering bits and pieces from varying sources be it Mr Church or the local villagers who are as well taken for granted by the Sangs to unearth plutonium from the mine. Though the team makes it all the way to the mine, what will be their choice – salvaging the innocent villagers or avenging Billy’s death? Will they be able to stop Jean before he spiflicates everything? – well, that’s an enthralling experience that needs to be experienced on big-screens.

They have subtly mentioned the reason, why the low-ranking military people drop out and join mercenaries. That’s how pathetic their policies are.

The satirical factoids about Chuck Norris to entertain the audience are amiably welcoming. For instance when Stallone pulls his leg stating he heard a rumor that he was bit by a cobra, Chuck replies – Yes, after five days of excruciating pain, the cobra died!

When duly noted, one could notice that they have tried their level best to showcase everything from their period – a bit OLD. Be it bombarding bazookas or the flying airplanes. 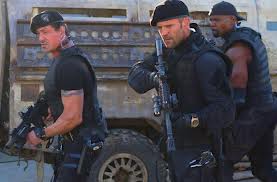 The more gigantic the casting, more the disappointment to audience that his/ her favorite actor plays a less significant role.

Everything either falls in place by itself favoring the Expendables – nothing ever goes wrong. Is that factual or filmy (flawed) screenplay!

Arnold Schwarzenegger shot his role in 5 days, one week prior to beginning work on The Last Stand. It’s a notable amount of time compared to its prequel where he spent just about an hour for his cameo. 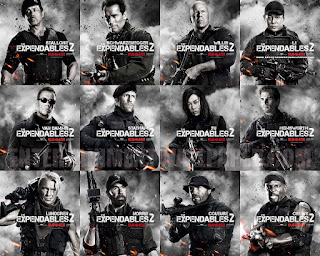 Sylvester Stallone explained that his casting was looking particularly for actors who had not experienced recent hits: “I like using people that had a moment and then maybe have fallen on some hard times and give them another shot. I like those kinds of guys. Someone did it for me and I like to see if I can do it for them.”

In Bulgaria, the production built a 114-meter bridge over the river Osam for the film. They made it a lasting gift to the local residents.

To book your rail ticket, just open an account with IRCTC